No productions with which I was associated received any nominations, but in yesterday's Washington Post, Jane Horwitz's "Backstage" column (here, scroll down) devoted a section to the best plays & performances that were overlooked. Happily, Arabian Nights and Kafka's Dick were both mentioned. Arabian Nights was ineligible, due to Constellation Theatre Co. being a fledgling company, though I'd like to think that if we were eligible we'd be in the running for Best Ensemble. Christopher Henley was singled out for his performance as Kafka, though I find it entirely amusing that the Post couldn't print the full title of the play...

I would add to the list of overlooked productions: Chris Dinolfo and Michael Innocenti in "Mojo Mickeybo", with Keegan Theatre/New Island Project.

I never met Bill Hamlin, the actor whose passing was noted at the top of the article; nonetheless I find something wonderfully romantic in the idea of that kind of life. A solid character actor who spent his life in regional and small professional theatre, working virtually up to the day he died. I look at some of my aging veteran actor friends back home, some who are gone and some who remain, who also embody that life. To those who are gone (Bernie Tato, Phip Barbour, Jaime James, Alan Jasper, Gary Newton and others) and those who will keep trodding the boards to their last breath (Tim Robinson, Bruce Allen, Chuck Galle, Anne Rehner, Susan Turner, Peggi McCarthy, Alan Huisman, Ralph Murphy, Edouard Langlois and many many others), I salute you.
Posted by John at Thursday, February 28, 2008 No comments:

Doctor Who Geekery Report: Power of the Daleks

(Note: this is the first of what may hopefully become a regular feature of my blog, where I attempt a degree of in-depth commentary on various Doctor Who adventures.)

The Power of the Daleks
(written by David Whitaker, directed by Christopher Barry, 6 episodes, broadcast November 5 - December 10, 1966)
The broadcast videotapes of all six episodes have been destroyed, and no film telerecordings exist in the BBC archives. The adventure has been reconstructed by Loose Cannon Productions, using complete audio soundtracks of all six episodes, a full selection of telesnaps, fragments of 8mm off-air recordings, and extracts used for promotional material.

For the uninitiated, watching a reconstruction is akin to watching a filmstrip in grade school; consequently in retrospect this may not have been the best viewing choice for my friend Evan's initial introduction into the Doctor Who universe (we're probably going to do a Tom Baker one next). However for über-Whovians like Dave, Jeff and myself, this is a fascinating glimpse of a lost 'classic' adventure which was a pivotal moment in the history of our favorite show. 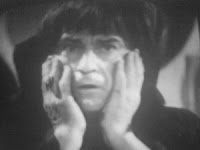 The production team took a number of huge risks by recasting the title role. After over three full seasons, with ratings down to nearly a third of its peak and aging William Hartnell's increasingly obvious infirmity, there really was no alternative short of pulling the plug on the entire program. The future of the show rested upon how fans embraced Patrick Troughton.

The concept of a major television character being played by one actor one moment and another actor the next wasn't particularly well-explained. Of course, the mythology about the Doctor's background hadn't been created yet; "Time Lord" was three years away, "Gallifrey," seven. The term "regeneration" wouldn't even be coined for another eight years, when #3 Jon Pertwee morphed into #4 Tom Baker, and the explanation the new Doctor gives here is ambiguous at best: "Yes, change; it's part of the TARDIS. Without it I couldn't have survived." 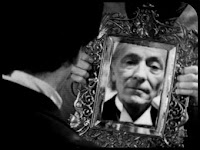 Nonetheless, there are some lovely touches in this first regenerative go-round that never appear again: the new Doctor initially sees his predecessor's face in the mirror, his ring falls off (an early attempt at a signature prop that never quite took off, unlike the sonic screwdriver), and he initially refers to himself in third-person past tense, ("The Doctor used to keep a diary...") as if referring to someone no longer there.

There are also definite echoes of Ian and Barbara's reaction on first entering the TARDIS in the way Ben and Polly respond to the Doctor's transformation. Where Polly, like Barbara, is more open-minded, Ben, like Ian, at first actively refuses to accept the situation. It isn't until the Dalek fixes upon and appears to recognize the Doctor that Ben comes around.

Something that first pops up in this serial and would seldom reappear until the later McCoy years is the Doctor's apparent foreknowledge of the terrible events about to unfold. It starts with an admittedly wobbly and ham-fisted foreshadowing device in Episode One -- rummaging through a trunk in the TARDIS, the Doctor finds an oddly-shaped piece of metal and mutters "exterminate...", and repeats it later upon finding the matching piece in Lesterson's lab.

If there's an Examiner, he reasons, there must be something going on that would merit his summons. After the Examiner is shot, the Doctor pockets his badge, perhaps with the premonition still on his mind. He actively plays dumb, hoping to expose the reason for the summoning as well as the murderer. Soon enough, he and Security Chief Bragen have sniffed each other out, waiting for the right moment to expose the other.

And then of course, there are the Daleks. He knows they're there as soon as he finds the matching piece of metal, and therefore his code of ethics won't permit him to do what Ben suggests, returning to the TARDIS.

This is the first Dalek adventure not penned by their creator Terry Nation, and I have to admit the change is a very refreshing one. Rather than shouting a lot and blasting anyone in their way, as they tend to do in Nation's adventures, the Daleks are at their most cunning here, subtly and strategically guiding the humans to give them everything they need to rebuild themselves. They don't kill anyone - lab assistant Resno excepted - until episode six, and arguably even Resno's death served a vital strategic purpose. It is safe to assume that the Dalek overheard the conversation between Janley and Resno earlier in that scene, where he repudiates her for her rebel leanings. So it is then a deliberate choice on the Dalek's part to kill Resno, as Janley is able to note the Dalek's destructive potential and consequently its utility in the pending rebellion. The Dalek makes himself a pawn in the rebels' machinations, as Janley ensures that Lesterson gives it all the energy and materials it requests, even going so far as to lie to him about Resno's condition.

As the Dalek reflects, "We understand the human mind..."

If the Doctor hadn't arrived, the Daleks would have wiped out the colony, eventually obtained their escape from Vulcan, and then all hell would've broken loose. It is arguably in the Doctor's power to have destroyed the one Dalek, and likely slipped away with Ben and Polly. But then what? Lesterson would have reactivated the others. At the story's climax, with the Daleks opening their can of whup-ass on both the rebels and the loyal guards, the Doctor could simply have 'unplugged' the Daleks' power source.

The Doctor yanks a cable from the junction box, as Ben drags over another cable lying in the corner of the laboratory. The Doctor snatches the cable from Ben, looks at the tip uncertainly, and then plugs it into the junction box.
BEN: Well, you know what you're doing?
DOCTOR: Of course I do!
BEN: Well, why can't you just take all the plugs out and cut the power off?
DOCTOR: Because I prefer to do it my way! 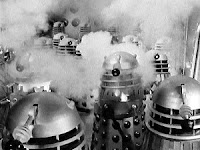 By overloading, the Daleks are destroyed. Of course, the overload destroys the colony's entire electrical system as well, but then that removes all possibility of any under-cautious person being tempted to fiddle with the Daleks again. There has to be a cost for the colonists' meddling, the Doctor appears to reason.

Who's left? Acting governor Quinn and Valmar are the only principle characters to survive. The colonists in their decimated ranks, with no electric power for months to come, had to learn a valuable, if harsh, lesson: don't fuck with the Daleks. Or the Doctor.

I promise that eventually I'll be posting more than just LOLcats and YouTube videos, but for now, here's one more that ingeniously combines my love of LOLcattery with my penchant for Sci-Fi Geekery.

Adolf Hitler - "Downfall" of a Dynasty

Here's that scene from "Downfall" again, with new subtitles appropriate to the unfortunate outcome of the Super Bowl.

Charlie the Owl and Freddie the Frog get busy

People from my generation may recall a quaint little children's program called The New Zoo Revue... somehow this little sequence escaped the airwaves.

A shoutout to Mike, Frank, Sean & Bill, my suitemates at UMaine - I remember watching this on Mike's outtake reel back at our common room in DTAV. Here it is again.)

Alert the media: Sarah Silverman actually does something funny.

Sarah Silverman embodies the spirit of postmodern hipster ironic detachment that leaves me cold. Contrary to reports at the time, 9/11 didn't kill irony. It made it stronger. And that's not always a good thing.

Still, this is really frikkin funny... 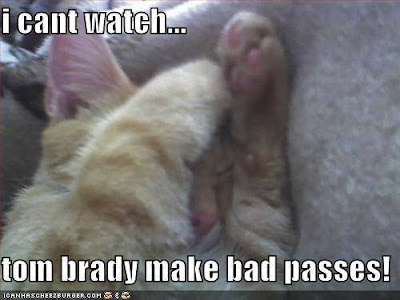 What My Birthdate (June 29, Cancer) Says About Me

Creativity and innovativeness are your most cherished attributes...using which you can change the world around you. Doing the regular stuff is not easy for you because most unnatural things come naturally to u. Nothing can bind you- for you have dreams and the vision to make them a reality.


What Beatles Song Describes My Life:

Eleanor Rigby - You feel lonely and jaded by society. No one seems to understand how you feel, and thus you feel isolated from others. Sometimes it feels like you're only half-awake, as if you're in a dream just going through the motions of life. Inside that jaded exterior though, you are full of life and dreams.

About You: Your imagination, self-reliance, openness to new things, and appreciation for utility combine to make you an INVENTOR.
If you want to be different:
How you relate to others: Your awareness of those around you, along with your nuanced perceptions of the world at large, makes you the GENEROUS person that you are.
If you want to be different:
Personality attributes, on a scale of 0-100
Amen to all that, oh random Facebook apps.