Doctor Who Geekery Report: The Claws of Axos (1971) 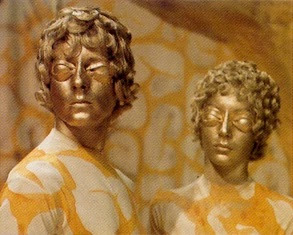 The Claws of Axos (13 Mar - 4 Apr 1971, w: Bob Baker & Dave Martin, d: Michael Ferguson)
I must sing the praises of what in my mind is one of Jon Pertwee's most under-appreciated serials, The Claws of Axos.

What I find most fascinating in this serial are the actions of the Doctor. What modern viewers must do nearly 40 years later is forget all the serials that come after, and consider only what we've seen of Pertwee's incarnation up to this time, a season and a half into his tenure in the role. He still bitterly resents his exile on Earth, things are still very tense between him and the Brigadier, and this season he is faced with the arrival of his adversary The Master who, as of the end of the previous serial, posesses one crucial thing the Doctor desperately wants: his freedom.

At this point in the series the Doctor's primary focus is bypassing the Time Lords' block on his mind so he can get his TARDIS operational; typically his other pursuits are at odds with his UNIT colleagues, often only helping when their purposes intersect or he has a personal stake. (Why was he at the Inferno project? To siphon off nuclear power to his TARDIS. Can anyone be surprised at the Doctor when, informed that the research station has their own nuclear reactor, he conveniently requests that the TARDIS be brought along?) Given the rather mercenary nature of his relationship with UNIT up to this point, plus his increasing annoyance with human society (Mr Chinn, et al), when he announces that he's abandoning Earth to its fate, it's not entirely inconceivable that he's serious. Not only that, but a proposed alliance with the Axons and the Master against the Time Lords! Can we entirely trust that he's just duping them? The Doctor's given circumstances at this point in the series are such that his potential to turn evil - or at least amoral - have never been higher.

Also fascinating is the Doctor's relationship with the Master. What gob-smacks me is the Master alone in the Doctor's TARDIS in ep 3. He comes across the mess the Doctor has left the console... and fixes it. He puts the console back together (after of course his immortal line where he compares it to a second-hand gas stove). Nothing speaks to their unspoken mutual respect or the hinted past friendship than this action (and nothing is more missed in Anthony Ainley's moustache-twirling pyschopathic characterization). And of course this has some of Roger Delgado's best moments, "Sticky-tape on the windows," etc.

And this is all mere background for perhaps the most technically ambitious production the show had seen up to this point, or for many years after. Director Michael Ferguson and the design team pulled out all the stops, and not only the interior of the Axon ship. Note that the complex studio sequences (particularly episode 4's overload of the Axon brain and the climactic battle in the accelerator control room) are all done on video, as opposed to film. This suggests that the sequences were recorded mostly live, given that they didn't have the post-production time back then, nor the time to set up individual shots. It's still impressive, although not without a bit of camp, nearly forty years later.
This is far and away Bob Baker & Dave Martin's most ambitious Doctor Who script, and in my opinion a lot of this can be credited to the fact that it's their first. There's something about first-time writers and/or first-time directors coming into the show with ambitions beyond the usual pale, not letting their imagination be hampered with BBC bureaucracy and technological limitations. See also Lovett Bickford's work on The Leisure Hive or Paul Joyce's cinematic envelope-stretching Warrior's Gate.
Claws of Axos is also very much a study in human folly, but presents it with a delicious bit of irony. The altruistic scientists want to distribute Axonite worldwide, but the greedy conservative MP's led by Mr Chinn attempt to monopolize the distribution to Britain.
Forget Pigbin Josh. Forget Bill Filer's atrocious American accent. Forget the giant Axon penis-eye. Forget that the accelerator explosion was too small. Forget the obvious zippers on the back of the Axons in their 'beautiful' forms. This was an ambitious, gripping, visually dazzling go-for-broke adventure that succeeded (mostly) brilliantly.
John's Grade: A-
Posted by John at Monday, May 04, 2009

Let's not forget Jo Grant and her pruple knickers.