What My iPod's Album-Shuffle Feature Brings Forth Today 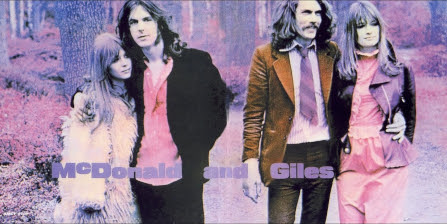 Multi-instrumentalist Ian McDonald and drummer Michael Giles recorded an album on the Cotillion label in 1970 shortly after leaving the original lineup of King Crimson. Charmingly twee hippy-dippy folky prog rock, with a guest appearance by Steve Winwood, landing somewhere in between Traffic and T-Rex, but lacking King Crimson's sinister edge. Or really, any edge at all.

That said, here's everything you need to know about this album:

In the first verse of the opening song-suite "Turnham Green," when McDonald sings about his girlfriend's "soft pussy," he's referring, without a trace of innuendo, to her cat.

Email ThisBlogThis!Share to TwitterShare to FacebookShare to Pinterest
Labels: music, my iPod

he's referring, without a trace of innuendo, to her cat.


The smell of grass/just makes me pass
into a dream.....